Check out what our customers have to say about their auto hail damage repair!

I got my Mustang back after 3 weeks of it being in the shop. I think I would’ve gotten it back a bit sooner if it weren’t for the slight hiccup I had with my insurance company. That being said, my car took one hell of a beating after that hailstorm and I’m glad I didn’t have to have any parts replaced.

I had the impression that PDR was only meant for relatively new cars but I was wrong. They took my 2004 RAM in and did an amazing job at getting rid of all of the dents. I didn’t have to pay out of pocket for my repair because they covered my deductible. 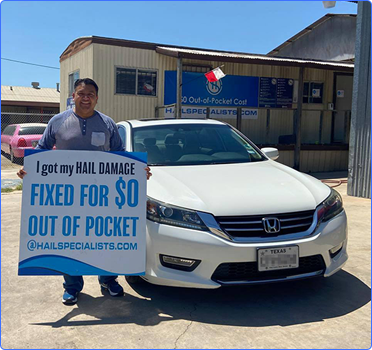 Fast, quality paintless dent repair service from these guys. They gave frequent updates on the progress of my car which was a far cry from the last pdr shop I went to.